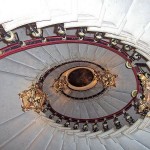 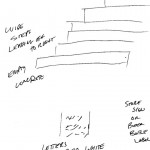 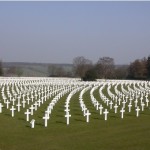 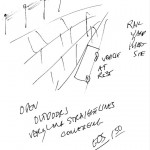 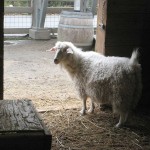 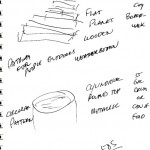 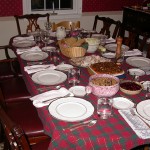 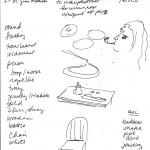 Using Associative Remote Viewing (ARV), Tom Atwater picked three winners to finish 15th of 131 players in Saturday’s Horse Tourneys online contest. With $48.20 in contest points, he lagged $1.80 behind those who qualified for the next round in February. Additionally, in a group entry, Tom, T.W. “Stargirl” Fendley and Loraine Connon finished in the top third, ranked 43rd with contest points of $29.20.

Tom started the day with 5-1 winner Lil Deb in Race A, which was also the group’s pick.

A last-minute switch gained Tom a win in Race E. When he checked the photoset again just before post time, Tom noticed a barrel in the background that matched a cylindrical sketch, which he AOLed as a “55-gallon drum.” He switched his pick to Howe Great (odds 9-2), which won the race easily wire-wire.

In Race J, Stargirl’s ARV choice Colors of the Glen, #7, went off at almost 10-1 and rallied to finish second. Something unique also happened – the winner’s win + place total ($4.40+$3) of $7.40 was EXACTLY equal to the place horse’s price $7.40. So this race actually had two contest-winning horses – #7 (outcome G) and the favorite #6 (outcome F). We declared outcome G as the winning contest outcome for this race in the stats since the intent was to view the horse with the highest win/place payoff.

Marty Rosenblatt analyzed last Saturday’s Associative Remote Viewing (ARV) of the Belmont Stakes, where five of our group’s 12 viewers correctly predicted the winning horse would be Drosselmeyer.  Since ARV rated each of the 12 horses in the race as equally probable to win, the probability by chance of a hit was:   p = 1/12 = .08333

This probability leads to Odds versus Chance of:  517 to 1.

p.s. For those interested in seeing the math concerning binomial probabilities with an online calculator:    http://faculty.vassar.edu/lowry/ch5apx.html

Seven ARV4Fun people participated in the contest, out of 120 total contestants.
The contest consisted of 35 races over 17 weeks, with an average of 9.3 starters per race.

There were two separate contests: the Points contest, where one earns 6 for Win, 4 for Place and 2 for Show, for each successful prediction in the 35 races; and the ROI (a.k.a. @s) contest, where one can wager any amount on any or all horses in a race, while one still has @s left from a starting bankroll of @20,000. (Bets were made in equal amounts to win and place).

In the Points contest, the DLTC winner had 100 points.

So ARV was not particularly successful at predicting in-the-money finishes in this contest.
This was not unexpected; ARV often has a low win percentage for horse races, but this is frequently offset by high average mutuels, which are not used in the Points contest.

Here are the results presented graphically, with the 7 ARV4Fun contestants at left:

The ARV4Fun group fared better here, which was expected, since longshots are what win in this contest, and ARV is good at that.
InsightRV (Loraine Connon) finished 7th of 120, with 59,401 @s, and horsepicker finshed 19th with 22,250 @s.

Four of the 7 ARV4Fun participants finished above the median DLTC score.

(Along with many non-ARV4Fun participants, some of us bet all of our @s on our Triple Crown race picks, ending at or near 0 if our selections lost.)

This contest is a combination of race picks and wagering strategy, and ARV was not used for the latter, so no conclusions can be definitively drawn about ARV and horse race predictions with respect to this data – but the results are promising. Some of us did hit several nice priced winners, including Drosselmeyer in the Belmont and Super Saver in the Derby.

Here are the details: 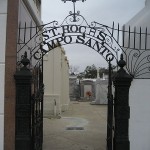 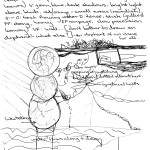 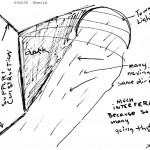 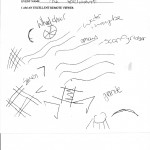 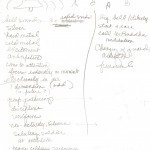 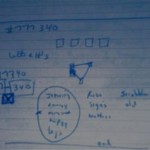 Two of Marty Rosenblatt’s webinar participants were among five in our group who used Associative Remote Viewing (ARV) Saturday to choose Drosselmeyer as the Belmont Stakes winner.   Monica and Kathy joined Loraine Connon and Sheila in viewing the winner in the third jewel of the prestigious Triple Crown.  The fifth ARVer was the teenage daughter of one of our regulars … Way to go!  (Some transcripts were not yet available to post.)  This concluded the Derby List Triple Crown Contest and the ARV4fun Challenge, but more on that later. 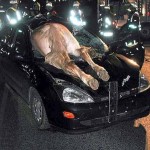 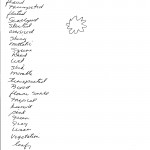 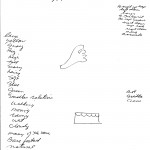 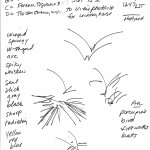 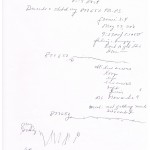 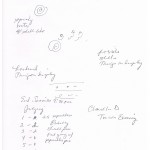 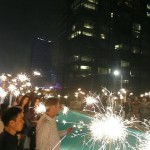 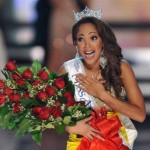 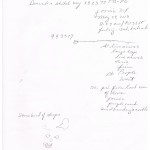 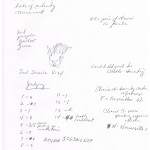 Learn how to use Associative Remote Viewing (ARV) to pick the winner of the Belmont Stakes during a five-hour webinar taught by Marty Rosenblatt starting at 3 p.m. Eastern time on Saturday, June 5.  The Belmont Stakes is the third jewel in the Triple Crown of American thoroughbred racing.  A webinar participant chose the winner of the first Triple Crown race, the Kentucky Derby!

During the webinar, you’ll learn how to make racing predictions using the online tool, PRECOG10.  You’ll also find out how to apply PRECOG10 to financial trades, other sports bets and lottery picks.

SPECIAL OFFER: Both the webinar and PRECOG10 are being offered together for $99 AND the annual PRECOG10 subscription fee is being waived until at least Dec. 31, 2012.  Details are at: 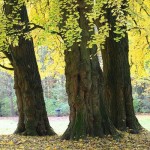 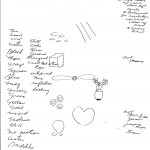 Patsy Posey used Associative Remote Viewing (ARV) to pick the winner Lookin’ at Lucky in the Preakness, the second race of the Triple Crown.   The Belmont Stakes on June 5 will conclude the Derby List Triple Crown Contest (DLTC).

Last week, Joanie “Hot Lips” Sullivan, Tom Atwater and Jim ARVed the winner Mindy Sue of the Winter Melody Stakes at Delaware Park — one of the week’s races in the Public Handicapper contest.

I got an e-mail from Marty Rosenblatt about the Kentucky Derby wins that I thought was really important to share.  Some may think that the people who are winning races using Associative Remote Viewing (ARV) are the most experienced ARVers.  That isn’t necessarily so. In fact, newcomers often do very well.

Marty wrote:  “We had two winning transcripts for the race.  One was from Sheila as part of our competition for the National Handicapping Championship Tour ($2 million potential winnings), and another from Steve, who was a participant in the webinar … Sheila appears to be a natural — not much training — many of her words are AOLs, but check out the sketches … Webinar attendee Steve  is a trained RVer with no previous ARV experience.”  In fact, Steve hit two of three predictions made during the webinar .  Kentucky Derby transcripts

Another point Marty made is that the Pegasus group owes a great deal of thanks to Danila.  She’s been contributing to the NHC Tour effort by building new photosets, including the 20-choice photoset we used for the Derby!  Many of the NHC Tour races have more than 10 horses, which makes choosing the right photosite pretty difficult.  It would be much harder without the kind of expertise Danila consistenly demonstrates in building good photosets for us.

And last, but not least, Tom comments below (to my post called Beating the odds with ARV) that Marty’s ranking in the Public Handicapper contest is 20 out of about 3,000 due to the Pegasus group’s two ARV wins on Saturday!