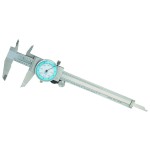 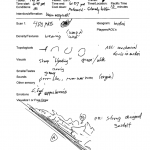 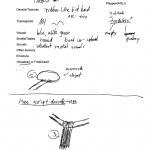 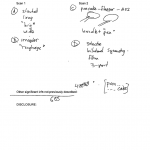 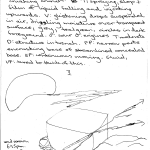 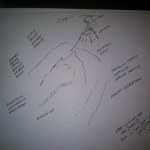 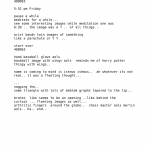 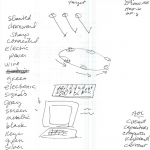 Nice result. Pretty clear majority of viewers for the Under, although Loraine did get a fair bit of data on the Over. This is quite usual, in that Loraine gets lots of hits on many target types… and in this particular case the Over IPS was a very cute hatted hamster of similar size to the calipers so it’s not really surprising.

The point is – the displacement (hits on the WRONG session) were pretty good at pointing out the false non-actualizing side. Plus the sketches of angles, diagonals, and metal seemed pretty conclusive to me.

Hits by viewer on the Under target (Dprefix is bleed through displaced);-

Matches, sketches and displacement all favour the Under.

So closer than posted, with a CR for Over of 3.5 but still a higher CR for the actualized under at 4.0