Join us for a fun weekend doing what we do best! BIO:  John began his remote viewing career shortly after the remote viewing program became declassified in 1995, and in the late 1990’s began working with Prudence Calabrese in TransDimensional Systems (TDS) as a professional remote viewer. As second in command and running operations for the think tank, John trained and ran teams of remote viewers on projects ranging from corporate contracts, technology acquisition, the esoteric, counter-terror for the FBI and many other fields.

“Remote Viewing: Perspectives from the Past and Moving into the Future!”

Description: John will be speaking on his past and current exploits with remote viewing – from the intrigue in the early years to his work on TV, current projects and philosophy moving forward.

Renowned parapsychological researcher, Dr. Jeff Mishlove will present an informal talk entitled “PsychoKinesis vs. Precognition and The PK Man”  including a long open discussion period. Jeff holds the only doctoral diploma in parapsychology to be awarded by an accredited American university.

“It is a rare opportunity to see him speak!”

We can’t wait to see you there! 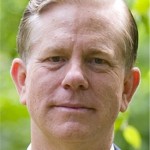 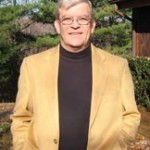 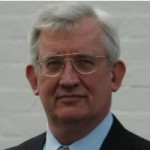 Learn from three world-renowned experts how to use remote viewing to win at sports wagering during two Las Vegas workshops–“APP 2014 Intro” for newcomers and “APP 2014” for advanced viewers–offered this June by the Applied Precognition Project (APP), immediately before the International Remote Viewers Association (IRVA) Conference.

“Remote viewing is perhaps the most scientifically studied psychic skill,” said physicist and veteran remote viewing instructor Marty Rosenblatt, one of the sponsoring APP partners. “We’re thrilled to offer hands-on workshops and interactive webinars with these three legends, who were among the pioneers in the field.”

McMoneagle was one of the original Intelligence Officers and Atwater was the STAR GATE Operations and Training Officer. Spottiswoode was a valued project contributor via his consultancy to SRI International (formerly called Stanford Research Institute). All three continue to advance Remote Viewing protocol to this day.

Psi-Spy McMoneagle earned the coveted Legion of Merit from the United States Armed Forces for providing “…critical intelligence reported at the highest echelons of our military and government…producing crucial and vital intelligence unavailable from any other source.” FOR NEWCOMERS AND ADVANCED RVers

Held at a full-service resort, both workshops offer a fun and casual learning environment. On June 23, McMoneagle will help newcomers learn how to use remote viewing and other precognition techniques for profit during the “APP 2014 Intro” workshop, Foretelling the Future: Applying Precognition to Sports Wagering and Financials.

“No experience is needed for this introductory workshop,” Rosenblatt said. “All you need is a willing attitude and an open mind.” It will serve as a prerequisite for the June 24-26 advanced workshop “APP 2014,” Increasing ARV Prediction Hit Rates, with lead trainers Atwater and Rosenblatt.

Workshop participants will use the Associative Remote Viewing protocol to predict the outcome of six Major League Baseball (MLB) games. A group consensus will be shared with all. During last year’s “APP 2013,” participants used the group’s three predictions to make winning bets on baseball games. Past performance is no guarantee of future profits. Each day will feature two MLB predictions and two webinar presentations. Those unable to attend “APP 2014” may participate online in the webinars by McMoneagle, Atwater, Spottiswoode and Rosenblatt.

Hotel reservations at the Green Valley Ranch Resort and Casino must be made separately by attendees and are not included in the conference registration fee. Call 866-782-9487 and refer to Group “APP 2014” and/or Code “GCIAP14” to get the special rate of $125 per night, or go to a special website for reservations.